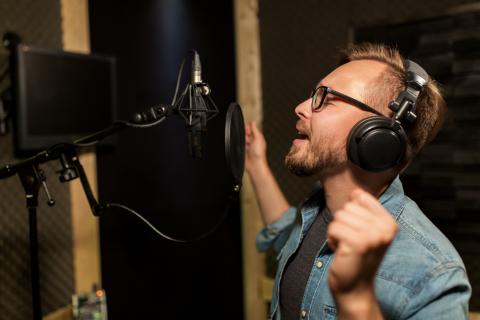 Is it best to hire voice actors through a casting agent? What about Union versus non-Union voice talent? Does it make a difference? Let's explore.

If you cast voice overs, at some point you're going to be asked to “contact my agent.” Often you find a voice you love and are instructed to call one of several agents that represent the voice actor. Usually, being referred to an agent means higher quality talent and higher talent fees. Why? First, not every voice over actor has an agent. That’s because agents will not place just any old voice actor on their roster. Agents only accept top voice talent that they feel will attract jobs. After all, the agent will make money off each job the talent they rep books. Bigger names bring bigger bucks.

Voice actors that are represented by agents are often actual actors. And that usually means they are experienced, trained and that they have so much work coming in they need an agent to handle their accounts. Others are members of the Union and must be paid Union fees. Obviously, a trained professional Union voice actor with an agent is going to command higher voice over fees than a self-trained voice talent that does non-Union work.

Union people will tell you that they are the most talented, highly trained voice actors in the business and that it is sacrilege to hire non-Union voice talent. However, there are many major agencies and creative directors that are happy to book non-Union voice over actors for national work. You can still get top quality, professional voice overs without booking through an agent or using Union talent.

Should You Hire Non-Union Voice Actors?

Agents and Union voice actors say no and that every, single job booked should be cast through an agent and you should only hire Union talent. But that is not reality. The truth is, there are thousands of voice over projects cast every day. If you are casting a voice for local charity event, you are not going to hire a Union voice and pay those kinds of fees. There are too many voice over jobs that simply do not qualify or have the budget or the need to be run through the Union.

You can certainly find many non-Union voice actors that sound just as good - and sometimes better. You can search “hire voice actors” and go through all the listings to find voices one at a time. Or you can use a service like VOPlanet.com where you can quickly curate from hundreds of vetted Union and non-Union voice actors in one place. Be warned that many voice over sites allow anyone with a credit card to sign up as a “pro voice over talent.” VOPlanet.com only allows established professional voice actors join to ensure you are not wasting time wading through bad auditions from part-timers and hobbyists.

You may also enjoy: Six Ways to Direct a Voice Over From Anywhere