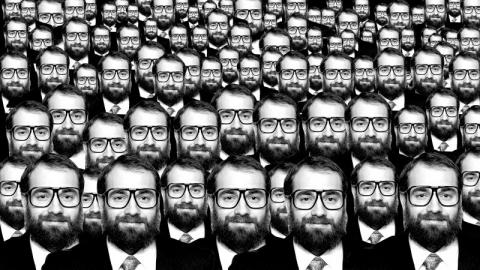 Are you frustrated that you keep getting auditions from the same voice actors when you cast a voice over? Do you know that you may be paying voice over sites thousands of dollars in unnecessary fees and commissions? If you use a voice over casting site to find and hire voice actors, here are a few insights that might surprise you.

The Same 50 Voices Every Time

You have a voice over job to cast and you post it on a voice over casting site. Then, there they are. Auditions from the same 50 voice talents that you hear every time you cast a voice over. You know their names, their profile pictures and their voices. They’re good. Even great. But your client has heard every one of these voices. And you need something fresh. Someone new.

Some voice over sites boast thousands of members. So, why do you mysteriously keep getting the same talents auditioning for every project?

One of the reasons you see the same people auditioning repeatedly is because some sites funnel jobs to specific voice actors via special membership levels. These “top” casting websites give first dibs to voice actors who pay them thousands of dollars a year to see job postings before the other voice actors on the site.

The next level of membership is a “platinum” or “gold” membership. These precious metal memberships run between $3,000 and $6,000 a year, depending on the site, and offer a variety of benefits, again, depending on the site. Generally, platinum or gold members get to see all the jobs they qualify for that are posted on the site and their profiles are listed first in search results. In many cases, these members see job postings well before anyone else on the site. This is why you often see the same voice talent repeatedly.

Let’s break it down: Many voice casting sites limit the number of auditions that can be submitted for a job. If there is a limit of 50 auditions for a job, the first 50 members to submit for the project are the 50 that you receive in your inbox. If the job is sent to the “platinum” or “gold” members first, they will likely fill up those 50 audition slots immediately, long before the job has a chance to be released to the rest of the members on the site. And those are the 50 voice actors you see every time you post a job.

This is a clear advantage for the platinum and gold members - and that’s ok. They didn’t invent this system and they pay thousands of dollars for the privilege. But if you are booking voices, you can’t keep sending your clients the same ten, fifty or even hundred voices.

VO jobs are unique as snowflakes. You need a very specific voice for each job. There is no way that the same fifty voice actors are going to be the right voice for all the different jobs that you produce. And you have likely hired many of the Platinum level voices for your heritage clients already. Now, your client is howling for a cool, new quirky voice and you’re staring at the same fifty people who have auditioned for every single job you have posted on that site.

You’re not likely to hear auditions from fresh voices on the corporate sites, because the new members and most of the regular voice actors on the site will probably never see your job post. So, your casting is stalled, and you’re forced to beat the bushes to find a fresh voice for your client.

What about the voice actors? Is it fair that that regular members do not get to audition for jobs they may be more qualified for than the platinum and gold members? Many of those regular members are incredibly talented professional voice actors who would love to audition. How can fresh, new talent rank and compete when the deck is stacked in favor of well-funded voice actors that are literally buying their way into the castings.

Many voice actors are not aware of this system and happily purchase memberships not knowing they are getting leftovers from the platinum members. And this is not a new system. Membership levels on voice over sites have been around for years.

Let’s talk about the fees and commissions charged by some of the corporate voice sites. Some of the same sites that have set up the membership level hierarchy also take a big chunk of your voice actor fees for themselves.

If you're an eLearning producer and you spend one hundred grand on voice overs a year, it’s possible that twenty thousand dollars or more of your voice actor money will go directly to the casting site. That’s right. Some sites take a 20 percent commission directly from the voice actor’s pocket for each job they book on the site. So, if you post a job for $10,000, the voice site will only release $8,000 to the voice talent and keep $2,000 in commission. Other sites charge you an additional 20 percent in project management fees, so you’re paying an extra 20 percent on top of the cost of the voice over. The sites that charge these commissions and fees do not allow voice actors to work off site with voice buyers to skirt the fee and do not allow additional jobs to be booked direct.

The corporate sites who charge these fees justify the 20 percent as a service fee for paying the voice talent. They claim it’s easier for you to pay the website rather than pay the voice actor. The sites justify the fee to voice actors by guaranteeing payment. They sell it as insurance on getting paid. The catch with that is that every voice actor readily accepts checks, credit cards and PayPal payments – just like the casting site. And you always pay the voice talent you hire, right?

Professional voice actors are business owners who book most of their work on their own. They are perfectly capable of sending an invoice and accepting payments. They do it every day. So why is it acceptable for sites to siphon off thousands of dollars to act as a middleman? It’s a service that exists not out of necessity, but for corporate profit.

Nowhere else will you find roles being cast based on which actor paid the most money for a chance to audition. Castings are sent to the actors that are best for the role. Sure, talent agents take a small percentage from the jobs that are booked, but they are not going to send you an audition because that actor paid extra to be included. It’s just not done. What these corporate casting sites realized is that voice actors would pay good money to get a crack at the juicy VO gigs before everyone else. To the tune millions of dollars in extra membership fees for the site.

When we built VOPlanet, our number one priority was making the platform fair for our members while guaranteeing great results for the voice buyers who trust us with their castings. There are potentially millions of dollars to be made by creating membership levels and charging commission fees. We decided against it, wholeheartedly. Voice actors and buyers asked us to build a truly transparent casting site where voice actors work with and get paid directly by the voice buyers. We took it one step further and created a truly fair voice over casting site.

Unlike the other sites that do not allow you to work "offsite" with their voices, we provide direct contact information for each VOPlanet member. We want you to work direct and build lasting relationships. There are no membership levels, no paid placement at the top of our search features or talent lists. Those are generated randomly and ANY member of VOPlanet may be the first listed in the results. This means equal promotion and better chances to be discovered for our voice actors.

For voice buyers, this means access to desperately needed fresh voices. And, when voice actors are paid the full fee, you literally get more bang for your buck.  Better voice actors are much more likely to audition for a $2,000 job than a $1,600 job. Fresh voices and better voices mean happier clients.

And so, for us, it was simple. We built an easy-to-use voice over casting site where everyone is treated fairly, with no hidden fees and a better variety of professional voices.

So, choose where you cast voices carefully. Read the fine print and look for the good guys. They’re out there. VOPlanet is proud to be one of them.

VOPlanet offers free voice over casting to vetted, professional voice actors. Post a voice over project for free and get auditions from the industry’s top voice over talent. No hidden fees. No commissions. No credit card required.