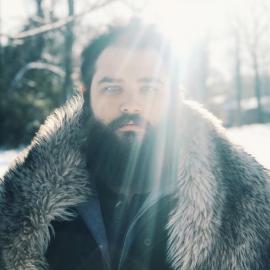 I'm a storyteller, striving for a devastating performance, to inspire good.

Languages
English (North American)
English (British and European)
English (Transatlantic)
English (United Kingdom)
English (Other)
Accents and Dialects
BBC Received Pronunciation, British, London (modern), Cockney, East Anglia, Brummie, Southern South Dixie, Deep South, Texas, Cowboy, Northern, Montana, New York, Brooklyn, Bronx, New Jersey, Boston, Old Radio Announcer, Transatlantic, General American, Announcer, West Coast, California, Portland, Spanish, Hispanic, Mexican, Columbian, El Salvadorian, South America, Russian, Japanese, Irish, Scottish.
Voice Age
Young Adult
Middle Aged
Senior
Experience
Zach! has worked with jobs from the local to national scale for TV and radio for over 10 years. He has worked directly with clients and through ad agents at all levels. He has professional chops behind the mic and post processing in Pro Tools. He is ready to voice your job and pride's himself on quick turn around. Here are a few clients from Zach!'s list;
Logan's Roadhouse
Little Debbie's
San Francisco Giants
Five Nights at Freddy's 6
Apple
KFC
Microsoft
Louis Poulson
Nissan
Zac Brown Band
Jack Daniels
ESPN
Dr Pepper
Razer
University of West Georgia
Bear Archery
Saxon's Jewelers
TN Lottery
Country Music Hall of Fame, and more...
Special Skills
Cartoon / Animation
Commercial
Documentary
IVR, Voicemail, Phone Systems or On-Hold Message
Movie and Game Trailer
Promo
Song
Training, Business Presentations, Sales and Web Sites
TV Show or Movie
Videogame
Union
Non-Union
About
Zach! is a nationally represented, full time professional voice actor. His experience in commercial, promo, and narration have defined many years of his career and been a firm foundation for his work in animation and video games. Zach! is gifted in his ability to craft memorable characters and will shock you that they came out of the same vocal chords. Zach! is well versed in English dialects and is able to perform many with native accuracy. His work has been extensive in both the UK and the US in their many dialects. Zach! is passionate about dialing in the right voice and vantage to tell your story. Whether it be a corporate presentation, TV, Radio, or online advertisement or narrative, explainer video, or multiple complex characters for a film or TV series, Zach! is dedicated to his craft and refuses to finish work that he is not proud of. Having grown up in a Voice Acting family in Los Angeles, the idiosyncratic voiceover world and it's language is native to Zach!'s DNA. Zach!'s mission statement in his career as an actor and voice actor is as follows..

"In an ever-evolving state, dedicated to the art of acting, committed to the process of becoming another as a storyteller to demonstrate the broken state of humanity through a devastating performance in a passionate effort to inspire good in the souls of mankind."

Zach! cut his teeth in Los Angeles receiving training and grooming from Kalmanson and Kamanson voice casting as well as one on one coaching from major national talent. The son of the legendary Dave Hoffman and grandson of DJ Dan Hoffman, Zach! has had deep rooted industry exposure and training from a very young age and been groomed by his father to interpret script, build back story, understand direction, and treat all with respect, love, equality, and positivity. He is currently studying acting at 4th Wall in Nashville, TN and is being personally mentored in animation by the great Eric Stuart. Zach! has also studied composition and arranging as a percussionist in the school of music at Belmont University, he spent many years focused on music and found his true passion as an actor.

Zach! is able to provide extra services because of his diverse background. He is proficient at post production in Pro Tools and Logic and offers services in original music composition and production for licensing, jingles and beds, sound design, vocal performance, and broadcast ready polish on audio. He also works directly with other talent and has offered casting services with other female talent and child talent that he works well with. He prides himself in a fast turn around. Zach! loves to meet new people and build long term relationships that are beneficial to all. He is reasonable, accessible, easy to work with, easy to talk to, answers his phone, and wants to find other people in this industry who are the same.

Let's make magic together and inspire the world!

Turnaround Time
-24 hours or less (in many cases, I will provide audio back to you within hours, in some cases, under an hour.)