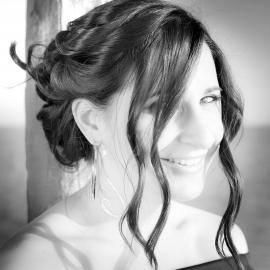 British and French voice over artist and singer.

Composer/lyricist:
- Singer/songwriter & flautist of the project Rotary Finger with guitarist Paolo La Ganga. First self-produced album, “Neverland Beach”, released in 2016 (www.rotaryfinger.com).
Special Skills
Commercial
Documentary
IVR, Voicemail, Phone Systems or On-Hold Message
Movie and Game Trailer
Podcast
Promo
Song
Training, Business Presentations, Sales and Web Sites
TV Show or Movie
Non-Union
About
I am a professionally-trained singer and voice-actor. I have studied voice for over 15 years and have studied with various teachers including Gloria Giovannini and Rita Cervellati, but most notably, Silvia Testoni, with whom I studied in depth the Estill Vocal technique. In 2019 I furthered my knowledge and expertise in this technique with Charlotte Xerri, Estill Master trainer. Since 2017 I have completed numerous professional courses at the London Voiceover school, Showreel, including Voiceover Technique, Home Recording Technique and Business Planning.

In the work I have done, I have been applauded for my fuss-free approach and being able to interpret what is required in few takes in order to deliver just what the client imagined. I am a strong sight-reader and am empathic to what each individual projects requires to succeed.

My voice has been described as: Warm, Elegant, Intimate, Sassy, Conversational, Seductive, Wrapped in Chocolate Velvet.