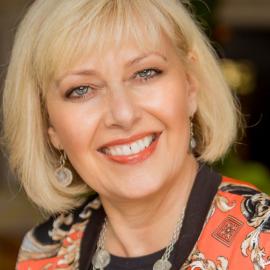 I'm a female voice actor with a medium to low pitch, very expressive voice. My voice can command attention, be authoritative and professional, or be soft, youthful and friendly.

I have narrated several documentaries, one of which (www.HarrysStory.ca), I was nominated as best International Voiceover at the One Voice Awards in England. Currently narrating audiobooks and e-learning projects. Recently was honored with an award for Best Corporate E-Learning Voice Artist by CV magazine. Played a principal role in Who Killed Julie, an audio drama by Paul Sating; have voiced animated characters for a few online animation series; my performing skills have been frequently called upon to great use as an on camera spokes-person for a series of corporate training videos; a frequently requested keynote speaker at home and consumer trade shows, libraries and private industry events; hosted my own internet radio show named after my Amazon Best Selling book, Renovation Bootcamp©: Kitchen; as the writer and voice of a daily home renovation information spot on the number one radio station in St. John’s, Newfoundland; writer and voice of a regular feature on green living for The Valder Beebe Show on a radio station in Texas; numerous guest appearances on HGTV and other home renovation TV and radio shows throughout North America.

Most recently, I have been offering fully written & produced, 60 second corporate promotional videos featuring client-supplied photos, a custom-developed voice over and music.
Special Skills
Cartoon / Animation
Audiobook
Commercial
Documentary
Movie and Game Trailer
Other (On-Camera, Informercials, Live Announcers, Spokespersons)
Podcast
Promo
Training, Business Presentations, Sales and Web Sites
Videogame
Non-Union
About
I’m very passionate about almost everything, which actually works very well for my performances. I enjoy and excel at solving client problems with creativity and efficiency. As an extensively trained actor, every project becomes my favorite job and is given my best performance. I’m an avid learner and continuously update my skills and knowledge. I believe when we stop learning, we have less to offer the world. With a great deal of experience on camera as well as behind a microphone, I’m able to provide easy, worry-free voice overs for many applications for clients all over the world from my broadcast-quality home recording studio.

I have a wide range of voices, accents, dialects and characters which give scripts exciting color. A couple of my favorites have been: Professor McGonagall for a national radio documentary on Harry Potter for the Canadian Broadcasting Corporation and Hillary Clinton for a French national TV mockumentary.

My wide breadth of experience, energy, enthusiasm and versatility will give any project that “je ne sais quoi.”

Oh, and I sing in a rock ensemble.