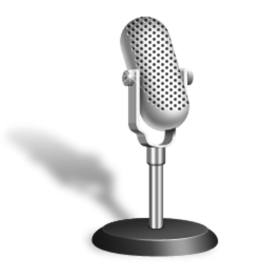 Actor:
Witness for the Prosecution
The Odd Couple
Come Blow Your Horn
Frankenstein
Accomplice
Star Spangled Girl
Scapino!
Special Skills
Audiobook
Commercial
Documentary
IVR, Voicemail, Phone Systems or On-Hold Message
Training, Business Presentations, Sales and Web Sites
Non-Union
About
When not sitting behind his home-studio microphone, Mike Scott is likely to be found exploring an abandoned mine, diving on a 19th century shipwreck or leading a tour of a Civil War battlefield.

With a background that includes radio, journalism, theater, television production, litigation and even politics, Mike Scott has a passion for history and adventure, and an insatiable love for good storytelling. As a Voice Over actor and Audiobook Narrator, Mike has found a way to combine his passions. An avid outdoorsman, caver, SCUBA diver and occasional collector of rare antiquities, Mike Scott also enjoys working on his llama ranch and visiting interesting sites all over the world. He also regularly writes and speaks about historical events and personalities, and works with several local museums, libraries and historical societies...