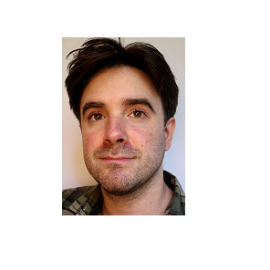 Languages
English (North American)
Accents and Dialects
US American (Gen), British, Irish, Russian, US New Orleans, US South (Deep South, Dixie, Delta), US South West (Texas)
Voice Age
Young Adult
Experience
SuchAVoice Premier VIP Training Program. Coached by Voice Actors Tim Powers and Angela Castonguay.
2 years of employment as an Actor/Singer in Plays and Musicals for the Clay & Wattles Theater Company.
1 year of employment as a stage actor for the Connecticut Free Shakespeare Company.
5 years of Community Theatre Acting.
Norwalk Community College - A.S.
Toured and performed all over St. Louis Missouri as a singer for an A Capella group called The Beatitudes - multiple schools and venues, including a live interview/performance for a local radio station in St. Louis.
Trained and coached in Singing as a member of The Beatitudes A Capella group.
Franciscan University - Enrolled as Drama Major and Theatre trained.
Special Skills
Cartoon / Animation
Non-Union
About
Hello World! If you're looking for a Versatile Every Man voice actor to add a little more Earnest, Approachable, Dynamic, and Fun for your voice acting needs, look no further! Aside from his recently being coached from the SuchAVoice Premier VIP Training Program and experience of performing professionally on stage as an actor and singer, Michael Hodges has been doing voice over work without knowing it for most of his youth. Michael has always loved making videos and animated clips that he would share on Youtube and Instagram out of sheer joy, passion, and laughs for the everyday strange and silly characters he would make up on the spot. He is now ready to move on to the world of Voice Acting and hopes to find his way in Animation, Video Games, Movies, Television, Commercials and the like. Michael is passionate in making his voice come to life with Warmth and Energy, and will always strive for excellence and attentiveness in all that you are looking for. Let's make something wonderful together! Voice Type and Style - Every Man, Friendly, Casual, Playful, Teenager, Real Person, Calming, Caring, Casual, Confident, Conversational, Excited, Sincere, Strong, Warm, Youthful, Narrator, Energetic, Dynamic, Versatile, Curious, Inquisitive, Patient, Neighbor, Comforting, Silly, Vibrant, Earnest, Approachable, Fun.