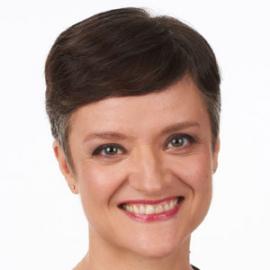 I am a multi-award-winning British voice actress, comedian and writer.

My most recent projects include:

- IVR for Zencargo
- 1940s radio announcer in the short animated film "The Big Race"
- a recurring role as Major Snootch in the kids' animated series "Monster Pack"
- audiobook narration on "Migration" for Penguin Random House
- the voice of Gatemore In a Minute financial explainers
- the Queen in SGI Canada's holiday safe driving radio campaign
- 15 modules of e-learning for Hollister Dansac ostomy products salespeople
- the voice of The Eye Doctor commercials in the UK
- ADR and looping on the television show "Reign" and the movie "Pride and Prejudice and Zombies"
Special Skills
Cartoon / Animation
Audiobook
Commercial
Documentary
IVR, Voicemail, Phone Systems or On-Hold Message
Training, Business Presentations, Sales and Web Sites
Videogame
Union
Non-Union
About
I am your go-to classically trained British voice-over professional. With over 20 years' experience in every medium I bring a high level of expertise to every job. If you want an attractive, luxurious and professional voice, get at me!

My stock-in-trade is RP (standard BBC English) and that's where I do a lot of my work in B2B, industrial, narration and audiobooks. I've won the highest award for radio commercial voice work in Canada (a Gold Crystal), am the AI voice of the computer in the reality television show Panic Button and last year was shortlisted for Best Factual Audiobook and Best Corporate/Explainer at the OneVoice Awards in London.

I'm a professional on-screen dialect coach (Reign, Designated Survivor) and you can call on me for any British accent. You name it - I can do it. My first professional voice gig was playing a 14 year old Cockney prostitute (at the age of 25) for BBC Radio 4's Drama Department and I've played everything from a Glaswegian nanny in commercials to a Brummie alcoholic single mom in television plus everything in-between.

Although I also do on-camera work, theatre and stand-up comedy, voice work is my first and one true love.

The voices I get booked for most are: