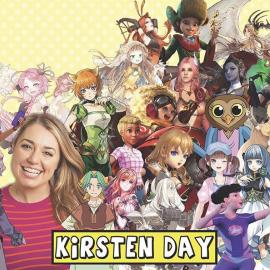 I'm Kirsten Day. An LA based actress known for voicing Skipper in Barbie Dreamhouse Adventures, Constance in Fire Emblem, and Kelly in MADDEN 21.