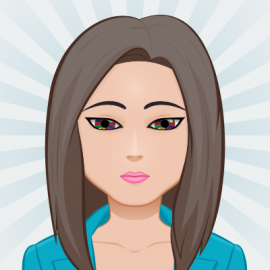 Languages
English (North American)
Accents and Dialects
mid Atlantic, Southern, Texan, British, Russian, Irish
Voice Age
Middle Aged
Senior
Experience
My most recent projects include voicing The Old Russian Lady in Here is Azealia, an animated feature in post production in France, the voice of Mom in Thanatos, a short film currently being seen in film festivals and online, as one of the narrators (uncredited) in Until They Could, a short film made for the Freedom to Marry folks, and the narration for a TV commercial for Rosenberg Indoor Comfort.
Special Skills
Cartoon / Animation
Commercial
Documentary
Movie and Game Trailer
Training, Business Presentations, Sales and Web Sites
TV Show or Movie
Videogame
Non-Union
About
Here in south central Texas, they call me Dame Judy, though I was raised in the mid-Atlantic region of the U.S.A, and my native language is American English. My neutral speaking voice has been described as mature, rich, melodic, warm, and cultured, but because of my extensive training and experience as an actress I am capable of all kinds of variations including use of diverse accents and the creation of characters via my voice.

My training includes Hofstra University for 3 years as a Theatre Arts Performance Major, where I got voice, diction, and dialects training. I then went on to Colorado State University where I earned a BA in Speech and Theatre Arts and my training included oral interpretation and narration. More specific voice over training has been at Studio E, in Austin and Edge Studios, online, amongst others.

I'm proud to be a member of World-Voices Organization (WoVO) and a dues paying non (former) member of SAG-AFTRA (FiCORE). I look forward to bringing a professional work ethic, short turn around time, and all of my skills to your project!