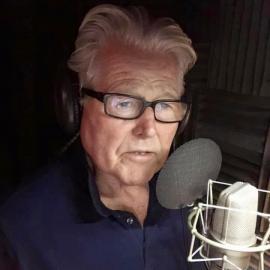 Languages
English (United Kingdom)
English (Other)
Accents and Dialects
British, Scottish, Australian, Mid Atlantic, Neutral American
Voice Age
Middle Aged
Senior
Experience
Dynamic and versatile, James Smillie has had a distinguished career on stage, screen and behind the microphone.
Special Skills
Cartoon / Animation
Commercial
Documentary
Movie and Game Trailer
Promo
TV Show or Movie
Videogame
Non-Union
About
James has had a long and successful career as a voice artist. Beginning his career as a fully contracted radio actor in the drama department of the ABC and working as an announcer and newsreader for the 0/Ten Network; before becoming an eminent and specialist voice performer for radio, television, animation, games and film dubbing.

He was the original voice on Sky TV announcing programmes for over a decade.

As a major player in the advertising industry and in all media, he has voiced thousands of projects locally and for countries all over the world he still does ….. from his bespoke home studio in Scotland.