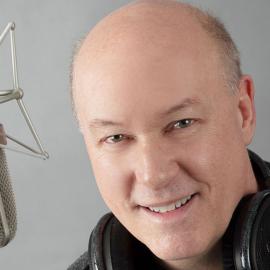 Languages
English (North American)
English (Other)
Accents and Dialects
Fargo, Chicago, Midwest, California, Texas
Voice Age
Young Adult
Middle Aged
Senior
Experience
I recorded my first voice over in 1985 for the Minnesota State Lottery, recorded at WCCO-TV. Although I had done thousands of commercials-in house- during my radio career, this opened a new door. I recorded a demo at Audio Ruckus, with Mike Stalcar and I was off and running. Since then I've done thousands of professional voice over recordings. Everything from mom and pop startups, to international brands like Estee Lauder, Microsoft, IBM, UPS, 3M, Roche, Lily and many others. I'm currently the voice of a Bob Ross special airing on PBS nationally, and the commercial voice of the Portland Trailblazers.
Special Skills
Cartoon / Animation
Audiobook
Commercial
Documentary
IVR, Voicemail, Phone Systems or On-Hold Message
Movie and Game Trailer
Other (On-Camera, Informercials, Live Announcers, Spokespersons)
Podcast
Union
Non-Union
About
Friendly , Professional , Conversational , Smooth , and Warm .

I lost my voice to laryngitis and then my radio job at KQRS in 1993. I was left for dead. I decided to dedicate my life to learning everything I could about the human voice.

So, as it worked out, I went from unemployed, broke and shunned to recording for some of the largest brand names in the world and some of the smallest ma and pa startups in the middle of nowhere!

The size and budget of your project is of no concern if I'm the right fit for you. I use a rate calculator which means fairness and consistency for all sizes of projects.

Whether it's an internet explainer video for your startup or a national television campaign, I record the same way: in my state of the art studio, or at your studio in New York or L.A.

Let me help your project shine... on time and on budget!