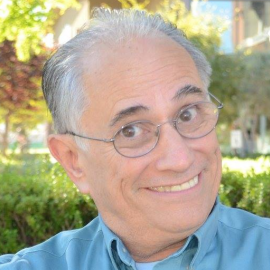 Languages
English (North American)
Accents and Dialects
Spanish, RP English, German, Russian
Voice Age
Middle Aged
Senior
Experience
Jack's stage career goes back to his college days at UC Davis, in the 1970s. Since then he's appeared in community and university plays and since 2009, has been a voice actor. He has narrated over 80 audiobooks, many elearning programs, video games, and commercials. He's "The Voice of Character," not only because of his facility with character acting through voice, but also because his portrayals have the solid underpinnings that experience character actors bring to any performance.
Special Skills
Cartoon / Animation
Audiobook
Documentary
IVR, Voicemail, Phone Systems or On-Hold Message
Training, Business Presentations, Sales and Web Sites
Videogame
Non-Union
About
A veteran audiobook narrator, e-learning voice, video game actor, commercial storyteller and character actor, Jack will give you winning, ahead-of-schedule voice work. With a public relations & stage-acting career spanning four decades, Jack brings a seasoned and always fresh approach to voice-over work. It’s been said he has the voice of “every man’s man.” While Jack is based in Las Vegas, his studio lets him work all over the world as a neutral accented American English male voice actor.

Jack is an Audible Approved Producer, recognized by Audible.com for his skill and accomplishment in audiobook narration and production.  He’s also the winner of AudioFile Magazine’s Earphone Award.