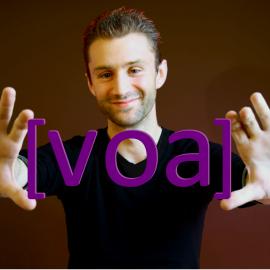 François has developped his ability to play various characters which allows him to find the perfect voice for projects as different as medical narration, corporate video and marketing presentation, e-learning and serious games, commercials, children applications, documentaries, IVR or trailers.