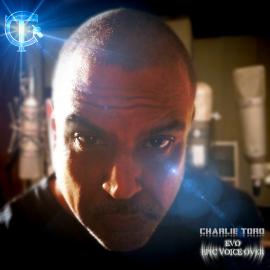 *My priority is to bring solutions and quality "lip service" to your beloved projects. 😁 Anytime! 24-7

I have been described as Authoritative, Razor Sharp, Witty and Conversational

To hear my Demo Reels please visit:
https://www.charlietorovo.com/
Special Skills
Commercial
Documentary
Movie and Game Trailer
Promo
Union
Non-Union
About
My VO career unknowingly got started back in 1990 while I was touring, playing in a band. It all began when 1 particular club owner wanted me to speak in the microphone during sound check as I read a handwritten script, advertising the club, written by him. At first I had no idea he was recording my deliveries and sending them off to radio stations around Florida, We thought we were just having fun and getting a free bar tab while we did mic checks. Later on I heard my voice on the radio & thought it was the coolest thing ever. I also did commercials for WFIT college radio and many local commercials (I still didn't know what voice over was at that time and for quite a few years after) until a friend of mine needed a voice for an infomercial to advertise his invention in 2001. Thanks to him, I would have never known VO was a career or a business. He pointed me in the right direction and ever since then I've been on an evolutionary path to self mastery in the voice over industry and never looked back. I am now represented by Innovative Artists, NY and TVA Trailer Voice Artists. I still play the guitar and make music videos showcasing my guitar solo instrumental work on You Tube. My dog Chopper is the co Captain of my studio and brand, EVO - Epic Voice Over.