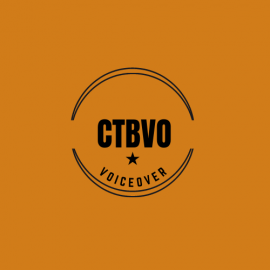 I am a voice actor with tons of range and will deliver..

Languages
English (North American)
Accents and Dialects
Just about anything you can think of...
Voice Age
Young Adult
Middle Aged
Senior
Experience
30 plus years of voice acting from national promo spots to commercials and movie trailers..
Special Skills
Cartoon / Animation
Audiobook
Commercial
Documentary
Movie and Game Trailer
Promo
TV Show or Movie
Videogame
Non-Union
About
Benson is celebrated by listeners, across multiple platforms, for his uniquely edgy, nimble-witted, satire-style of comedy combined with his bottomless bag of audio tricks and treats. So few comedians within the voiceover industry can boast and wield such an impressive and extensive repertoire of performance experience, original voices, characters, live reads, improvisations, and spot-on celebrity impressions. From his over the over-the-top raspy bark of Alex Jones to the loopy broadcaster drawl of Harry Caray, or even Hanna Barbara's Droopy The Dog, his prolific talents and skills are rivaled only by his discipline and dedication to his craft and creator.

"So, sit back and listen as he cracks open the mic and assumes his rightful role as the samurai of sarcasm..."

His resume continues to grow with numerous Hollywood credits, ESPN, Cartoon Network, EPIC Pictures, McDonald's, and too many more to bother mentioning here. Let's talk. Tap the button below to learn more. You'll be glad you did and absolutely no less than entertained along the way...