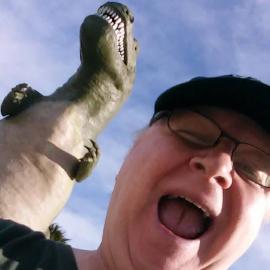 A versatile voice that's FUN to work with! My voice is at your service!

VOICE OVER CLASSES AND COACHING includes:

When you hire me your project gets the benefit of everything I have learned from these marvelous teachers and artists. Don't wait, call now! 206 290 2471

Special Skills
Cartoon / Animation
Audiobook
Commercial
Documentary
Movie and Game Trailer
Promo
Videogame
Non-Union
About
My career started 18 years ago when I was "adopted" by an ensemble of voice artists from the Golden Age of Radio era (1930's-1950's) who are dedicated to keeping the wonderful art form of audio drama & comedy alive into the 21st Century. After developing my talents for years with some of the most brilliant actors and directors to ever work a microphone I'm now embarking on a professional career in voice over. Truly a dream come true.