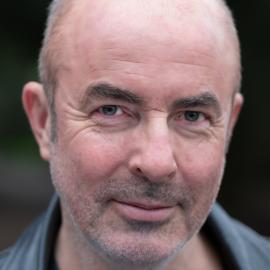 Dynamic and versatile male London voice. Able to deliver a range of styles from a fast paced up-beat read to a voice that is measured, friendly and easy to understand.

Languages
English (British and European)
English (Transatlantic)
English (United Kingdom)
Accents and Dialects
British - London, British - RP, British - Cockney, British - Estuary English, Standard American, New York
Voice Age
Middle Aged
Senior
Experience
I originally trained as an actor but spent the first few years of my career in entertainment marketing. Twenty years ago I was taken on by a shopping channel launching in the UK. They needed over 200 promos and infomercials revoiced into English. I set up a studio and learnt the craft of recording and editing. I then started to branch out into other areas such as commercials, corporates, narrations. As a technology expert, I'm good at explaining difficult concepts in an easy to understand way. With my acting background, I'm also able to bring a range of character voices to a project. I am an experienced audio and video editor and can provide high quality finished files. I'm also an experienced script ediotor. I would be happy to record a free demo of your script.
Special Skills
Commercial
Documentary
IVR, Voicemail, Phone Systems or On-Hold Message
Movie and Game Trailer
Other (On-Camera, Informercials, Live Announcers, Spokespersons)
Podcast
Promo
Training, Business Presentations, Sales and Web Sites
TV Show or Movie
Videogame
Union
Non-Union
About
I'm Brad Shaw, an experienced British voice artist. Born and bred in London, I now live west of the city centre by the river Thames. Over the years, I have worked in film, commercials, corporate and on stage. I've also done a lot of live work as an actor presenter, host and facilitator. As a voiceover, my neutral accent is RP/London Estuary.

Last year, looking for some adventure, I took a job as a Program Director for Viking Cruises, taking guests between Berlin & Prague on the Elbe river.

I now focus on helping companies get their message across effectively with the use of dynamic voiceover. I have a broadcast quality home studio and I welcome the chance to demonstrate how I can make your next production pop.