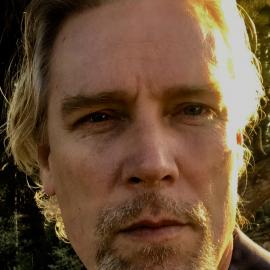 I was raised in Liberia, West-Africa.At the moment I’m considered to be the only man in the world who can sound exactly like Morgan Freeman, except for Morgan himself of course.

Languages
English (North American)
English (British and European)
English (United Kingdom)
Dutch
Accents and Dialects
A lot..Really...
Voice Age
Middle Aged
Senior
Experience
25 years of experience as a voiceover professional. Able to self-direct. Great vocal booth with the best equipment money can buy, and all the necessary connectivity.
Special Skills
Commercial
Movie and Game Trailer
Promo
Training, Business Presentations, Sales and Web Sites
Non-Union
About
I was born in The Netherlands, and raised in West-Africa. After getting a Masters of Science degree at the University of Delft in the Netherlands, I decided to take a year off to find out if my hobby could become my career...It did, and soon I was regarded as the #1 Voice-over in basically all categories in the Netherlands. After the financial crisis I decided to widen my scope as a Voice-Over and started pursueing a career in the English language. So far I've been able to do a couple of National TV-commercials, and was nominated 'Best Voiceover' in Radio-Imaging at the Voice Arts Awards 2018 in LA.