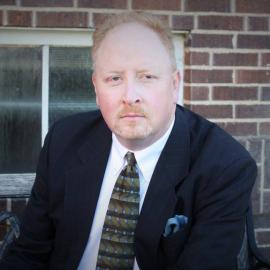 Languages
English (North American)
Accents and Dialects
North American English,British, Scottish, Irish, Australian, Southern US (several), East Coast, Various Characterizations (will vary upon request of the customer).
Voice Age
Young Adult
Middle Aged
Senior
Experience
Bo Barker Voiceovers was officially launched in earnest in 2007. However Bo's studio, recording, Voiceover and speaking background dates back over 35 years. Success in competitive speaking competitions, and considerable experience speaking before sizable crowds helped hone his skills early on. His professional background in management, marketing, sales, promotions, and customer service comes to the fore every day as he works with clients and creatives. Bo has been lauded by the industry for his work, with recent recognition such as:

Barker has been heard in major studio Video-on-Demand/BluRay/DVD and online film release trailers; award-winning documentary and narration projects with established producers in major regional and national markets; radio station imaging in both the US and abroad; various event promotions and corporate projects, and has served as both a Live & pre-recorded announcer/”Voice Of God”/emcee of numerous regional competitive events, national corporate conferences and regional expos. Barker has also lent his voice to worthy charitable and non-profit causes in the past. Bo Barker operates daily from his modern, equipped, and digitally-connected professional studio within a historic Iowa farmhouse in the Midwestern USA

He has voiced for some of the most recognized brands in the marketplace, as well as for major advertising agency projects and leading content producers.

When not on the microphone, Bo enjoys working with select individuals and businesses as a recognized vetted Intuitive Consultant and Life Coach. He also has mentored and advised several aspiring, emerging and working Voice Actors on aspects related to their own success in the Voiceover industry.

Bo raised, trained and exhibited registered American Quarter horses and American Paint horses for many years, but the present menagerie is limited to three "studio cats" and a vigilant Rat Terrier named “Gidget” who keeps the remote farmstead known as RedStone Farms secure.

Visit www.bobarker.com to check out some of Bo's work (both audio and video versions)