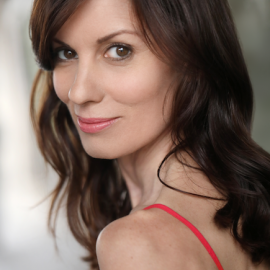 When I'm not acting and doing voice overs, my absolute favourite thing is rock climbing! Oh and singing in the shower, but no one needs to hear that.